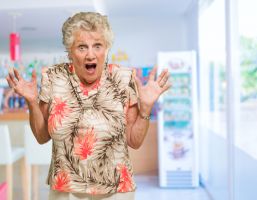 Help! My drug costs have gone up tenfold. In December, I paid $45 for my prescriptions. The January bill was $445. How can the drug companies get away with this? Signed, Susan.

A deductible, for either prescription medications or medical care, is the amount the beneficiaries (or insured) must pay before the plan begins to pay its share. Medicare set the standard deducible for a 2021 Part D drug plan at $445. After reaching the deductible, the drug plan then charges the beneficiary a fixed copayment or coinsurance for each prescription; the plan pays the rest of the cost.

In other words, once the beneficiary has paid 100% of the costs up to the deductible’s limit, costs will drop, sometime considerably.

After the big bill in January, Susan’s drug costs will drop to $72 in February, after meeting the plan's 2021 deductible.

Here are some important points to know about the drug plan deductible.

When choosing a drug plan, it’s important to go beyond premium and deductible to the overall costs for year. After the initial sticker shock, it’s possible the costs may end up lower.

You must be logged in to leave a reply. Login »